It's a cold day here in Liverpool so I'm taking you to La Coruna ... Northern Spain 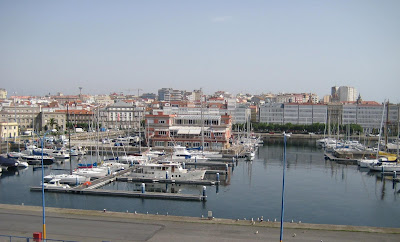 This is a glimpse of the port we sailed into ... La Coruna is known as the city of glass ... The balconies are encased in glass giving protection from the cold winter wind that blows up from the ocean 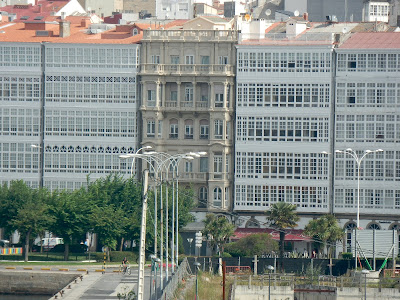 Never having visited this part of Spain ... we opted for a coach tour known as "Leisurely Coruna"... and discovered that the reason it is called leisurely is because the coach drove so slowly I could have walked quicker Lol!
The north and south of the city (the south being on the mainland) are connected by a narrow piece of land making it an Isthmus ... though there is little distance between the two ... the north jutting out into the Atlantic has a wet and cooler climate to that of the south ... and due to the Celtic heritage they still have mystical festivals ... kind of like white witches ... too spooky for me!

In the north we were taken to see Hercules Tower 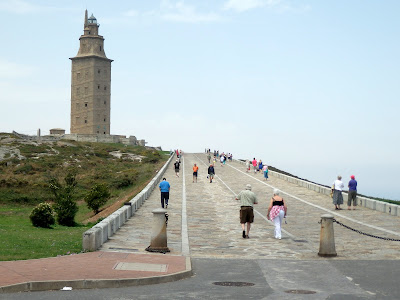 The lighthouse built by the Romans for the port entrance ... only to find that this of course is a replica
Then it was a 'leisurely' drive ... for lunch which was a restaurant high up in the northern part of the city where we were greeted by these guys 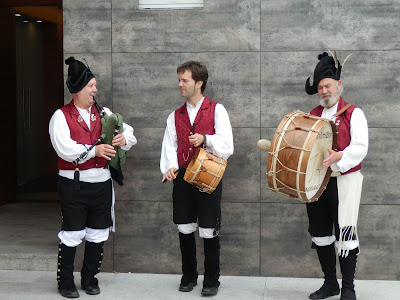 The view was spectacular from here ... but not so clear on the day we visited 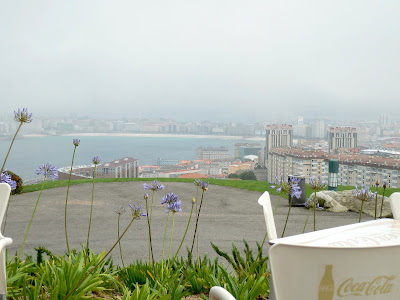 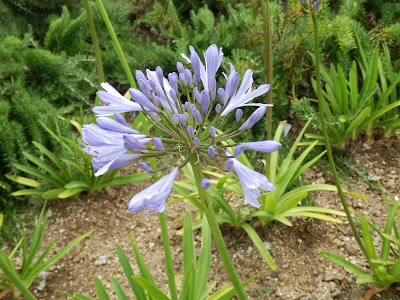 ... and there is a funicular that goes right up to this restaurant 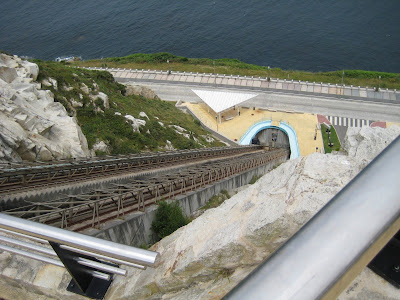 in the form of a bubble 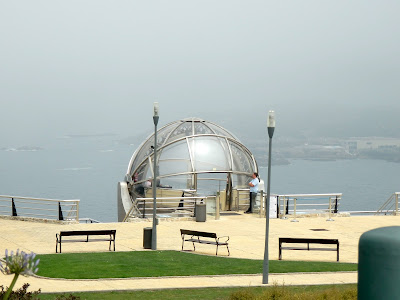 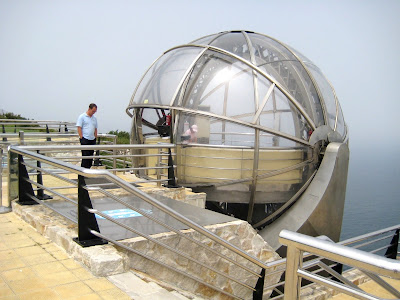 That was the trip in a nutshell ... not to be recommended ...
so we took a walk around the south of the city 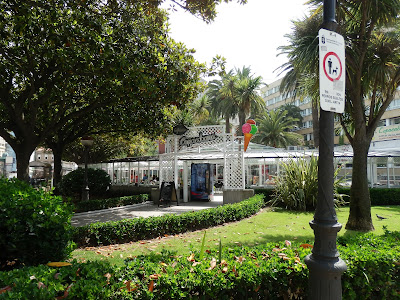 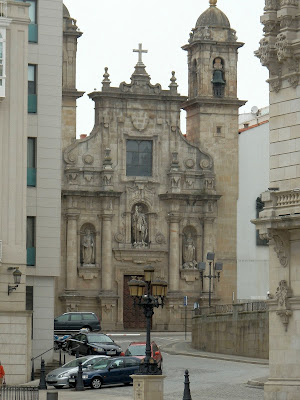 ... and there were some nice designer type shops and bars ... but I was more taken by the balconies and lamps 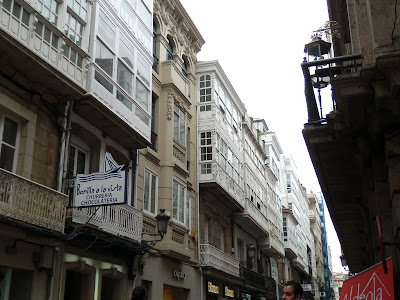 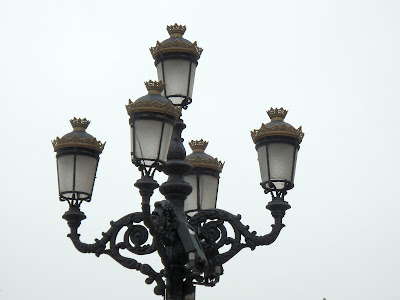 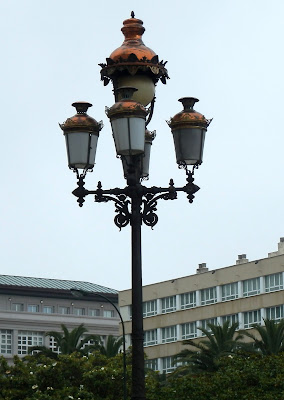 I can honestly say that I was not enamoured by this city ... they certainly weren't 'tourist' friendly, there was little to see or do as everywhere shuts for siesta from 1-5pm ... unfortunately we had a full day here ... cutting short our trip to Ireland.
BUT it was warmer there than home is right now!

Right I'm off to dust off my dancing shoes ... Tonight Thursday club finishes for the summer and we have a disco ... which is just what I need as my hubby is having dinner with two of his grown up kids and after nearly 13 years of marriage, I am still not welcome ....

Thanks for stopping by
Have a lovely day