Hello...
Well I had to make a "card" card... You know, one that doesn't just involve painting and doodling
I must admit that inspiration was just not there but it had to be done, my great nephew Ross is turning 18... Can you believe it? Where did those years go?
Anyway, here's what I came up with 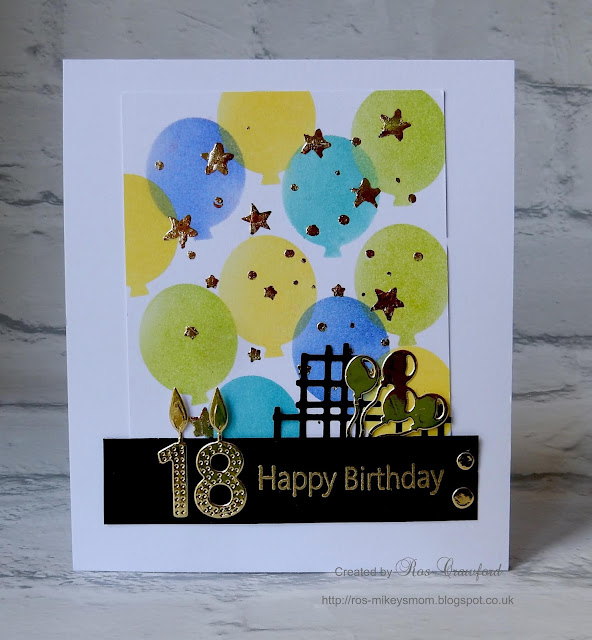 I die cut a balloon to make a stencil and did some ink blending and then stenciled over that to apply foiling.. I wasn't sure where I was going after that but eventually something came together 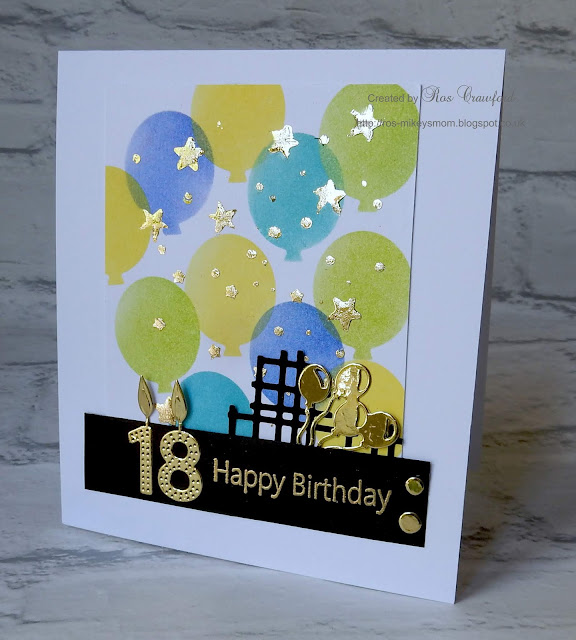 I haven't seen Ross for a long time and it's a shame that his 18th Birthday will probably not be the celebration he had hoped for. He's overcome so many obstacles and health issues in his life, so as long as he's safe that's the best we can hope for.

Now a funny story to tell you... well sort of funny
Missy once again managed to catch a large mouse and bolted indoors with it before I could stop her... After searching every room Mikey and I finally located the mouse in the living room (Missy had let it go). Well we tried unsuccessfully for ages to catch it but it really gave us the run around. After about 30 minutes and every stick of furniture being overturned, Mikey finally caught it. Well there he was talking to it so gently as he carried it towards the garden "It's okay little one, you're safe now....." When suddenly it sunk it's teeth into his finger and would not let go. I tell you, the screams from my son along with words I couldn't possible repeat were hysterical. Eventually both mouse and Mikey were separated and both survived. I'd had visions of having to take my son to A&E during a Corona pandemic with a mouse bite can you imagine.... Lol!

Okay, time for a cup of tea I think... Be safe, enjoy your day and keep smiling