Our Beautiful World and A Special Pet

This is the latest addition to our home... Missy 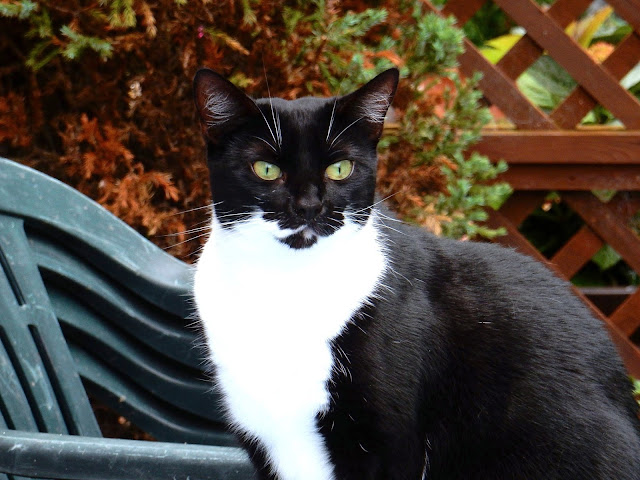 You all know I come from a family of animal lovers and for most of my life we've had pets and cared for many sick and stray animals... None get turned away here
I've always had at least one cat and each one has a place in my heart but some pets when they die, leave a void in your heart that's hard to fill, like my dogs
Kelly 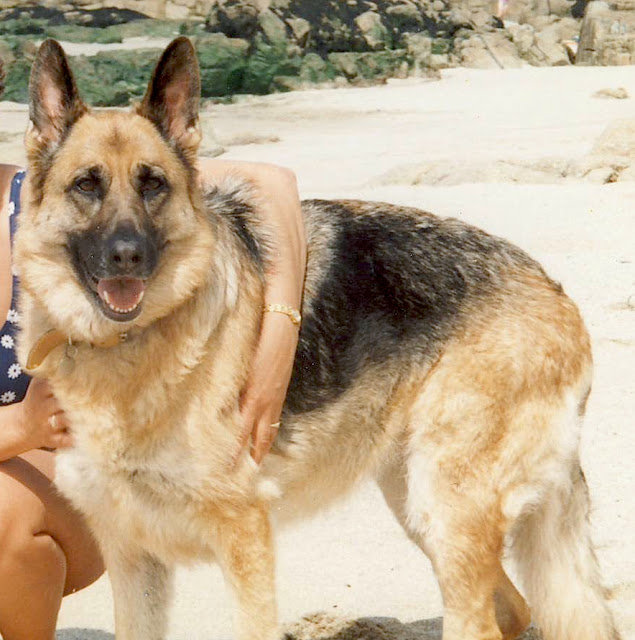 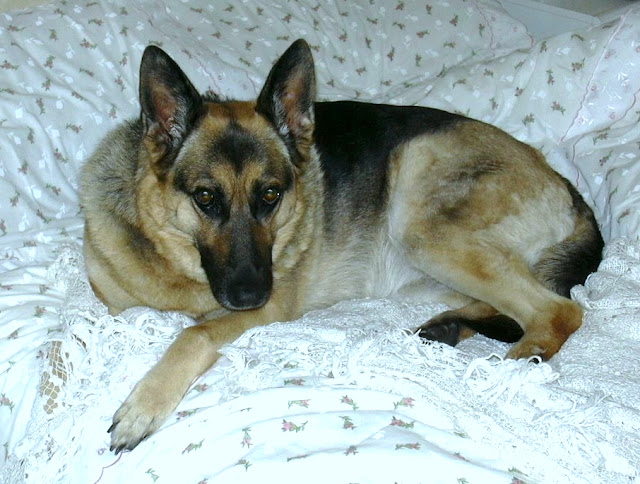 Unless you've been fortunate to have that special relationship, it's hard to explain.

I have a special relationship with my beautiful Ginger boy 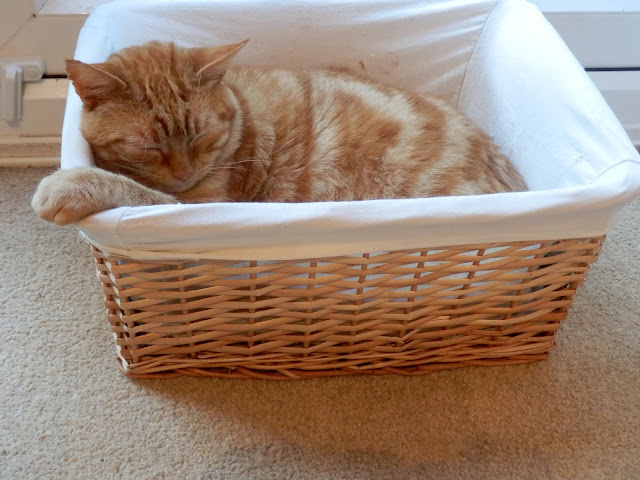 Ginger was a stray that visited us regularly for a few years until he turned up one day sick and injured so we were able to catch him, get him treated and neutered and from then on he's never left my side. We think he must be around 8 years old now.
Recently we acquired Missy ... 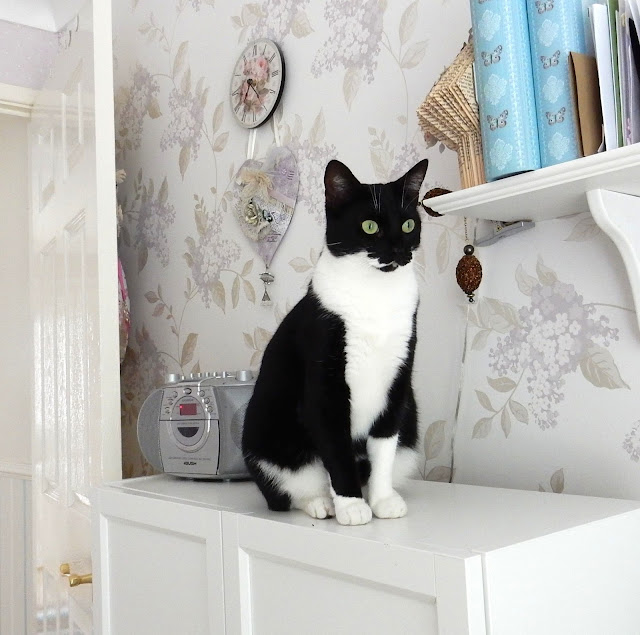 She'd either been abandoned or lost and despite months of trying to find her owner, no one came forward, so she is now with us.
Surprisingly, far from being annoyed that a new cat has come to live with us, Ginger boy has turned out to be the best 'babysitter' ever.  Missy is young and full of mischief and has no idea of the dangers around 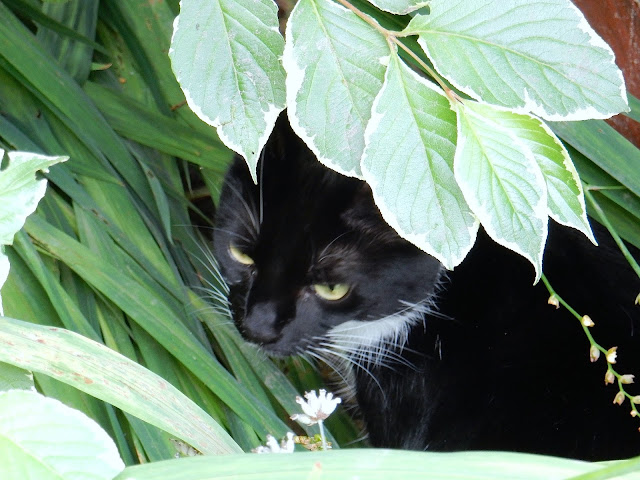 and wherever she roams, Ginger boy is watching 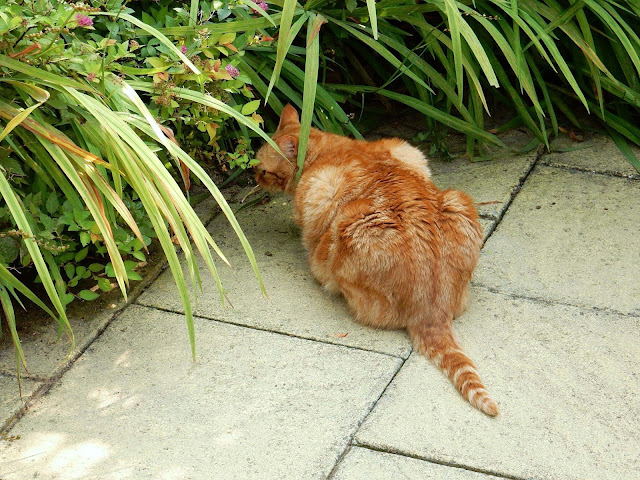 She managed to escape the boundaries at the rear of our house close to where there is a main road and sadly where our other cat Gipsy was killed earlier this year... We were frantic, but we watched in amazement as Ginger squeezed himself through a tiny gap to reach her and whatever he said to her, I don't know, but her ears went back and she hung her head as if in shame and she slowly turned and skulked back to the safety of our garden... She's never gone there again but a week later she vaulted over the front fence and ran off into the neighbourhood... Once again Ginger appeared and followed her calling out as he went... Within half an hour she was back with Ginger strolling behind her. 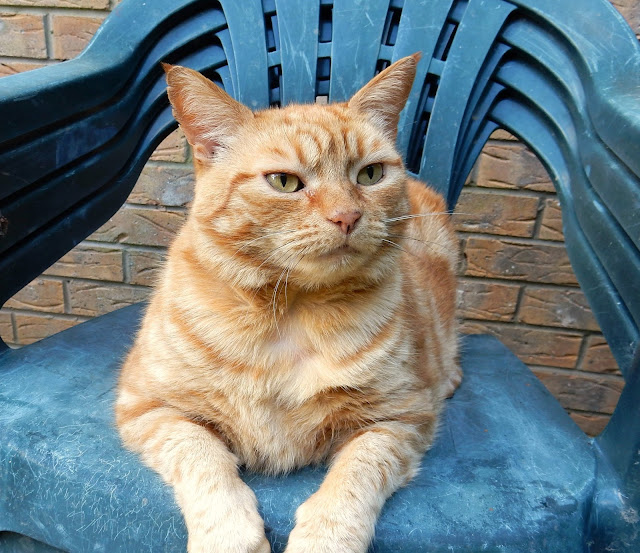 He's one very special pet and I love him to bits

Link up your pets at

We'd love to see them!

Awe Ros, what a sweet post featuring your sweet pets :) They are all so beautiful! I can relate to that special relationship :) Our pets are so unique and special like our children. Thank you for sharing :)

I so share love to animals with you. Beautiful dogs you have and Missy stole my heart... Have a lovely Sunday!

What a clever and responsible mentor cat Ginger boy is!

Awww...I love your post telling us about your wonderful pets!! They bring lots of joy into our lives! And, they understand more than we realize! Wonderful sweet photos! Thanks so much for sharing!!

I LOVE this story!

Your new kitty is beautiful. :-)

What a lovely post dedicated to our four legged friends!

Isnt it amazing how pets just grab your heart!! I sure miss some of our wonderful fur babies too. Your Ginger in a very special kitty to watch after Missy, that is a very cool!!

We are kindred spirits, my friend. Thank you for this beautiful post! Animals are so amazing as Ginger has proved again! So glad Missy has decided to listen to Ginger!

I sure do know about that special love. Don't even get me started. We have Wally and LuLu now, but we've always had cats in the past, too, and they were pretty darn special. Your Ginger is amazing. It gives me chills a little bit. I'm thinking all kinds of thing which would probably make me sound like a nut, so I'll just think them. Thanks for this story, Ros.

I followed you over from Darnell's blog and was charmed by the photos of your sweet pets and the story of Ginger and Missy. I have a ginger tabby, Teddy, who looks very much like your Ginger, although Teddy is 16 years old now and not as active as he once was. Your cards are absolutely beautiful and I've spent the last 10 minutes scrolling through your blog and admiring them. Looking forward to enjoying all the inspiration and little bits of news about your life!

Beautiful pets, Ros, your black and white almost looks like my Miss Daisy, only Daisy is old and getting so arthritic! Your ginger looks much like my Bugsy, only your Ginger is so much better groomed, again my Bugsy is getting old, he is so stressed that he pulls out his hair! but he still has plenty! Happy Tuesday!

Such a beautiful post. I am an animal lover so can absolutely empathise with all you've said. However how marvellous is 'Ginger' and never heard anything like this before....amazing. Thankyou for sharing x

Fabulous post and fabulous photos!! I sure wish animals could live longer, this post had me in tears for sure. Your 'pups' are gorgeous babies! Not sure I have told you but we have 6 kittens and their 2 mother's in the wood shed we are taking care of, my hubby worries endless about them. Two are tiny 'ginger' kitties!! I hope I can join in this week!!

Your pet pictures and stories are always very special!