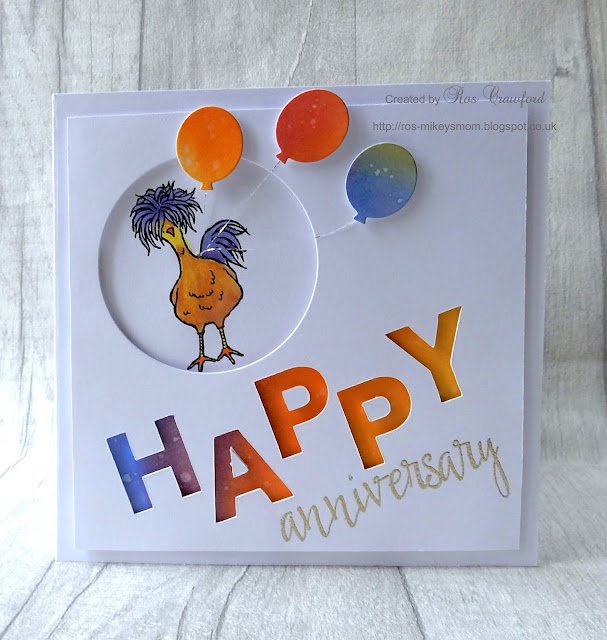 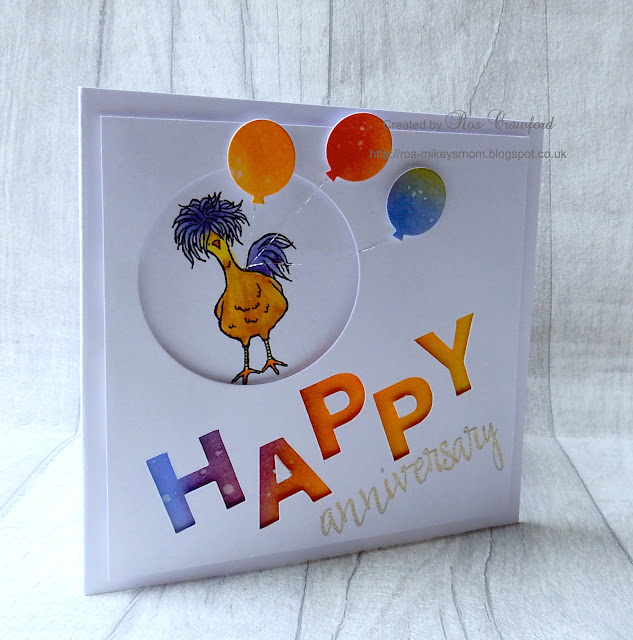 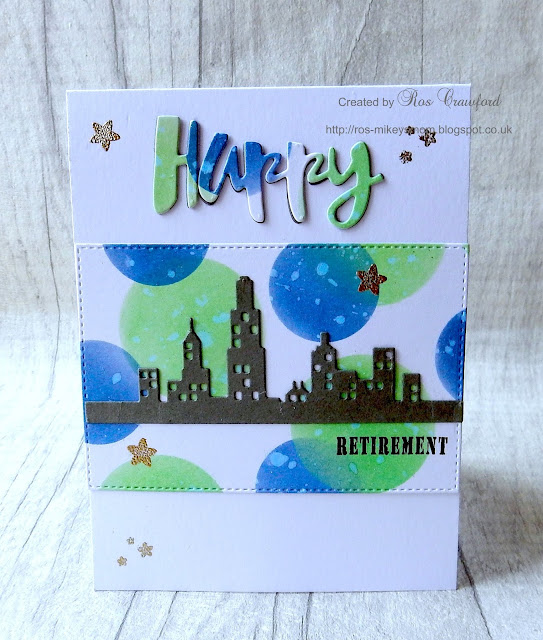 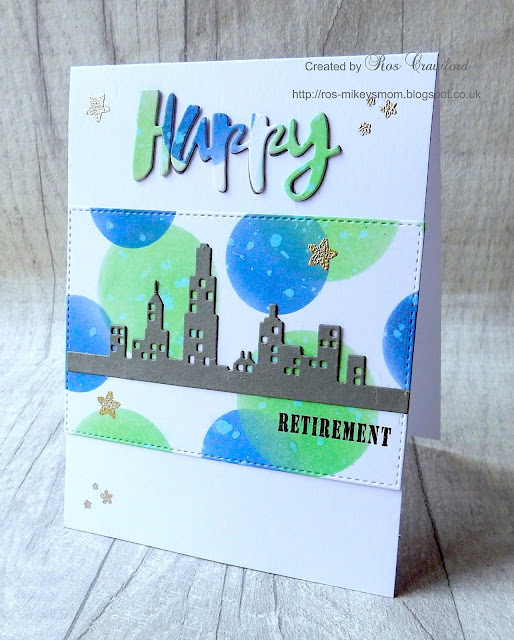 I adore that cute and beautifully coloured hen Ros ..such fun,and love tbe way you have highlighted it by placing it in a circular aperture, and tbe ink blended balloons and the coloured background behind the cut sentiment go perfectly, and love the ink blended circles behind the die cut citiscape..a great retirement card. x

That SU! chick just cracks me up Ros! You've colored her (him?) up just beautifully and I love the inked up balloons and "happy" too! Such a FUN anniversary card!! And your retirement card is just lovely too! I don't think you can go wrong with ink blending any time and adding the city scape from your bits box not only made this card quick, but also FABULOUS!! Glad you were able to get in some "inky" time between all the car shopping!! :0)

Gosh, love both of these! The anniversary card is so FUN! Not inspired on the retirement card? It looks pretty fantastic to me. Always love your ink blending. Talk about inspired... you inspire me to do more ink blending, but I never quite get there. It takes a long time to buy a car even when you don't have trouble making up your mind. We recently bought a new truck and then this month a new motorhome. Both were very time consuming.

Wonderful fun cards with fab color, Ros! The recipients will love them I’m sure!!

My hubby is an absolute car nut & does the same thing! Must admit, though, I do have my likes & dislikes. Didn't see a need for a new one last time, but now I have to admit I love it. What a fun anniversary card--never would have thought of anything like that! The retirement card is perfect! You're so good at putting bits & pieces together & I love the colors! Sending love & hugs, Greta

Those fluffy kind of hens always look quite comedy in real life and look so fun on your card.

I really like the spots on the second card.

The hen made me laugh, so fun!! Great retirement card, too...and I have that die, thanks to you. Seems like summer is leaving us fast, hard to believe we are into August already, I never noticed it much when younger but I sure do now, and feel it too lol!! Hope all is going well and kitties are doing good!

Such a fabulous anniversary card with that wild and wonderful chick. Great vibrant colours and fun layout x. The retirement card looks great and loving the colours and the ink blending. Looking forward to seeing the new home card. Had a little chuckle about DH and choosing his car x

You really broke out the bright colors on that first card, and the hen....LOL too funny with her wild hairdo.

That hen is just too much! PLEASE let us see more of her! It's a fantastic card, too - and I love the colors you combined on the retirement card. Have you taken the new car out for a ride already?